Worth a Thousand More

Evan, one of Atlantis's tattoo artists, is curious about Dr. Cha, who has a lot more tattoos than expected.

Ronon wonders if moons and beans are important on Earth.

Set further along in the same universe, sort of, as darling (you look perfect)

(See the end of the work for more notes.)

A picture was worth a thousand words, and a tattoo was worth a thousand more. Evan was always curious whenever someone came to him for new ink or a touch-up. He knew they were just as curious about him - buttoned-up Major Lorne, the guy who rescued Sheppard’s ass when he got in too deep, who did the paperwork Sheppard hated, who made sure Atlantis had enough TP and that there were brownies in the mess hall once in a while.

What business did he have doing tattoos?

But his set-up was professional, and word got around, and people came to him and a handful of other individuals - Dr. Lee from Thailand, whose real name no one could pronounce so everyone just called him Ten; Sergeant Wimmer from California, a Marine linguist who also drew commission art of people’s D&D characters; Master Sergeant Green, from Mississippi, who was also a professional storyteller and told stories while he gave tattoos.

Dr. Cha, from South Korea, was the last person Evan would have expected to have any tattoos. A geneticist, he was working on a new project to make Ancient Tech usable by touch. He had so many tattoos that the collar and sleeves of his uniform never quite covered them, and when he turned his head or reached for something, Evan could see the edges of them, and he was curious. Nurse Marie said that in South Korea, tattoos were still generally frowned upon, were still often seen as symbols of gang culture, and they had to be covered up in public, and Dr. Cha would have faced a lot of prejudice, as heavily tattooed as he was.

She was referring to the very faint scar that bisected the left half of Dr. Cha’s otherwise untouched face.

“By Korean standards, but for that scar, he’s a perfect beauty,” Nurse Marie said.

Rodney complained that Dr. Cha was too damn nice, but admitted, after further prodding, that he was professional and not a total quack for an MD, which was high praise, from Rodney.

Out of curiosity, Evan read up on the iconography of Korean gang tattoos, but all he ever saw were the curling black tendrils at Dr. Cha’s wrists and throat, like spilled ink, so he didn’t know if Nurse Marie’s suppositions were correct or not. Whatever Dr. Cha’s history, as long as he was good at his job, that was all that mattered.

Evan liked knowing little details about the members of the expedition, if only so he could make sure he had creature comforts for them on hand. All anyone in the science department seemed to know was that Dr. Cha liked to read and he could play the piano.

He had sentimental taste in music, Nurse Marie said. Mostly older artists, balladeers and singer-songwriters. The only exception was a solo artist named Moon Bin, one of those model actor dancer types, who did modern upbeat dance pop.

On the next databurst, Evan made sure the media order included Moon Bin’s discography, what could be found of it, as well as any movies and dramas he’d been in.

And then he laid the mystery of Cha Eunwoo aside, because he had work to do - supply lines to maintain, paperwork to stay on top of, brownies to bake - until Dr. Cha came to him.

“I hear you’re a tattoo artist.” Dr. Cha stopped by the military command office one night after supper.

“I’m looking to get a new piece, if you’ve some time?”

Evan considered his pile of paperwork. “Tomorrow night? We can talk designs then.”

After supper the next night, Evan met Dr. Cha in his quarters, which were scrupulously neat. He had few personal possessions - books, a laptop, a picture of what was probably his family, and a picture of Moon Bin. So he was a fan.

Evan had his sketchbook in hand. Dr. Cha invited him in graciously, offered him a drink and some snacks, but Evan demurred, because he’d just had supper. They sat at Dr. Cha’s desk, and Evan flipped to a blank page in his sketchbook.

“Do you have a design already picked out, or are you looking for something custom?”

“Custom,” Dr. Cha said. He shrugged off his jacket and then peeled off his uniform shirt and - wow.

His ink was beautiful. It was all black lines, some tribal-looking thorns, some intricate like lace and henna, some of it words in languages Evan only half-recognized, prayers or blessings or magic spells. They covered his entire torso, from throat to wrists to hips. It must have taken him several years to get it all done, but whoever had done it, be it one artist or multiple artists, they had done an exceptional job of harmonizing all the different designs.

And then Evan saw, beneath the tattoos, a faint spider-webbing of scars.

Embarrassed, Evan wrenched his gaze back up to Dr. Cha’s face, but he was unbothered by the scrutiny. He twisted around and tugged the top of his uniform pants down just a bit, revealing a patch of bare skin low on his hip.

“I want to get it here. I want a filigree crescent moon with a bean blossom twined around it.”

“A bean blossom?” Evan echoed. “I...don’t actually know what one looks like.”

Dr. Cha said, “I spoke to Dr. Parrish, and he recommended a purple hyacinth bean blossom.”

“You want the flower in purple?” Evan asked. All his other tattoos were in black.

“Okay. I can work with that.” Evan started sketching, going for the filigree crescent moon first. “Which way do you want it facing?”

Dr. Cha told him, and he tugged his shirt back on.

Evan paused. “Is that a Stargate?”

Dr. Cha paused as well. Then he smiled and smoothed a hand over the small symbol, concentric circles with constellations arrayed between them. “No, I got this long before I was ever read into the program. This is...a star road, I suppose.”

“When I was young, I walked a road to the stars with the boy I loved, and now he’s the man I’m going to marry.” Dr. Cha straightened his shirt.

“Oh, that’s very sweet.” Evan smiled. He rose. “I’ll have some preliminary designs for you by the end of the week.”

Evan showed himself out.

The next day, he was sitting in the botany lab drawing some studies of one of Parrish’s bean plants, when Nurse Marie found him.

“Did you order the entirety of JTBC’s back drama catalogue or something? Couldn’t you have sprung for some new ones?” She held up a stack of DVDs.

Evan shrugged. “Sorry. I asked the Archivist on Earth to pick some titles based on specific actors who people might like.”

“Oh?” Nurse Marie shuffled through the DVDs more closely. “Oh. You...the entire Moon Bin back catalogue, I see. Wow, he must have been a teenager in this.” She held up one DVD that had actors in school uniforms on the cover.

“I guess? I just asked, and the Archivist delivered.” Evan studied the filigree design on the moon. He had drawn it so it was angled toward the flower, like it was cradling it, to give the image a sense of unity.

Nurse Marie squinted at one of the DVDs. “Check this out. Doesn’t this guy look like Eunwoo?”

Evan glanced over. The DVD cover featured people in traditional Korean robes. “Maybe that’s what he’d look like without the scar.”

“That’s uncanny. I’m going to have to watch this just see. Next time ask for some more recent ones.” Nurse Marie waved and walked away.

Evan waved back and kept on drawing.

At the end of the week, Evan knocked on Dr. Cha’s door with his sketchbook in hand.

Dr. Cha answered the door with a smile. His smile was sweet but pulled a little on one side, because of the scar. “Major, please come in.”

They sat at the desk again, and Evan showed Dr. Cha the designs.

“I like this one, with the moon close around the flower, like an embrace.” Dr. Cha smiled. “But about the purple color - could you make it more like this?” He held out a purple scarf with Korean lettering on it.

Evan nodded. “Sure. Matching that won’t be a problem. When would you like to get the ink done? It shouldn’t take more than a few hours.”

Dr. Cha considered. “My designated Sunday is in three days, if that works for you?”

“Mine is the next day, so if we did it after supper, that could work.”

“Excellent. Thank you.” Dr. Cha showed Evan to the door.

Evan headed back to the military office to finish up some paperwork for the night.

Ronon stopped by to talk to Sheppard, but Sheppard was in a meeting and wouldn’t be back for another ten minutes, so he flipped through Evan’s sketchbook.

“What’s this?” He pointed to the design for Dr. Cha’s tattoo.

Evan glanced at it briefly, then went back to his paperwork. “A moon and bean blossom.”

Evan looked over at him sharply. “What did you say?”

“Moon. Bean,” Ronon repeated patiently, pointing at the tattoo design. “Does it mean something special on Earth?”

“No, but it means something special to the person who asked for it,” Evan said, realization dawning slowly.

“If I design a tattoo, can you do it for me?” Ronon asked.

A tattoo was worth a thousand words. The one Dr. Cha had asked for was worth the love of a lifetime.

Three days later, Evan wiped the last of the excess ink off the tattoo and set his machine aside. He offered Dr. Cha a mirror so he could see the new design.

Evan inclined his head. “You’re very welcome.” He put moisturizer and a bandage over the tattoo and recited care instructions even though Dr. Cha was probably very familiar with them by now.

Dr. Cha helped him pack up his tattoo equipment, and together they headed for the little room where Evan stored his gear.

“Thanks, Doc. And congratulations to you and Moon Bin.” Evan waved and walked away.

Evan had the distinct pleasure of hearing the always-polite, always-composed Dr. Cha splutter behind him, and he kept on walking. 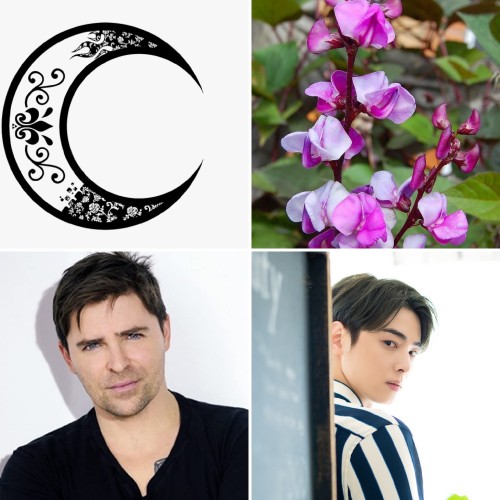 1 guest left kudos on this work!